The introduction to the Conservatives’ 2021 Budget would be almost indistinguishable from a Labour budget. The top priorities for Conservatives are now investing in public services, leading the transition to net-zero and reducing inequality. There was a brief mention of businesses but this budget is a league apart from Conservative budgets of the 1980s (and 1990s) when Conservative icon Margaret Thatcher led the party. There was little focus on improving incentives, promoting competition, or creating a business-friendly environment. In the 1980 budget the Chancellor, Geoffrey Howe, spoke about how “we cannot go on avoiding difficult choices” but it seems in 2021 the government believes it can.

Undoubtedly the situation is better than in 1980. The economy has bounced back thanks to a successful vaccination programme and unemployment has returned to remarkably low levels historically. However, like the 1980s the UK economy faces a potential threat of stagflation and furthermore a debt-to-gdp ratio which is at a 60-year high. Ten years ago there would have been talks of stringent spending cuts not “the largest real-terms increase in overall departmental spending for any Parliament this century”. Politically we are in a very interesting moment. Both parties seem to be pivoting for the same base. After recent years of targeting the extremes perhaps both parties are acknowledging the power of the median voter.

On the spending side, this budget was clearly going to be a big one. The new spending decisions in this budget are expected to cost the Treasury £38bn in the fiscal year 2022-2023 and £22bn in 2023-2024. This is mostly made up of increased current spending rather than capital spending. On the current spending side, there was a concession on Universal Credit payments, increased spending on education, £6bn to cover backlogs in the NHS, £5.9bn for science and R&D by 2025 and £24bn for housing projects by 2025 among other spending commitments. Planned government net investment was scarcely changed relative to the plan in March and the government only planned to spend £1bn more per year. This should heighten concerns about national debt because, unlike capital spending, current spending does not produce a real return in the form of higher revenue for the government. It also reflects the Conservative party’s short-term thinking and undoubtedly their strategy to seem more appealing at the potential 2024 election. By targeting current spending, the Conservatives are further pushing into Labour’s territory. However, they are not making the important long-term investments that are required to solve the UK’s productivity problem and put us on a long-run growth path.

On the tax side, this budget did introduce tax cuts, but it is important to remember that some tax rises had been pre-announced such as the Health and Social Care levy. The key tax cuts included the freezing of fuel and alcohol duties, a 50% discount on business rates for retail, hospitality and leisure and a reduction in the bank surcharge among other tax changes. The cut in the bank surcharge is more of a traditional Conservative policy (albeit a small change) and something that may provide Labour with ammunition to attack them. Of course, spending increases and tax cuts are likely to lead to a widening budget deficit. The Chancellor did benefit from an unexpected improvement in the public finances in the first half of 2021 which gave him more room to make these fiscal commitments. Public finances improved against the backdrop of higher economic growth as the vaccination programme led to a swift relaxation of pandemic restrictions. Nevertheless, this budget does mark a rejection of the Conservative’s fiscal rule book and a move towards more pragmatic policies clearly targeting the next election.

Despite the change in messaging from the Conservatives probably the biggest omission from this budget was any additional plans about climate change and policies to achieve net zero. In fact, the budget reduced airline taxes and froze fuel duties which is hardly the right direction the government should be heading if they are trying to reduce the incentive to consume energy. This is another sign that this budget was full of politically optimal rather than economically optimal policies and statements.

George is the former speakers and conference officer for the Marshall Society. 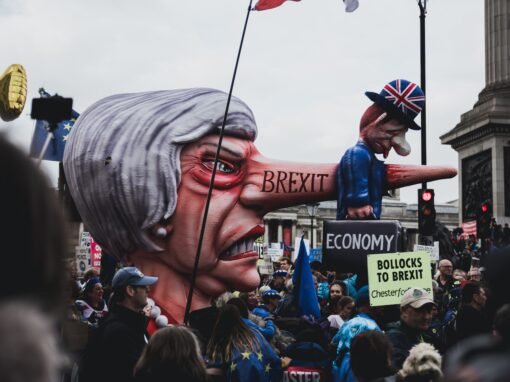 The coming Tuesday will mark 2000 days since the United Kingdom voted to leave the European Union. In this time, lawmakers have striven to translate...