Energy and food crisis in Nigeria and Africa: the oil curse revised under global inflation 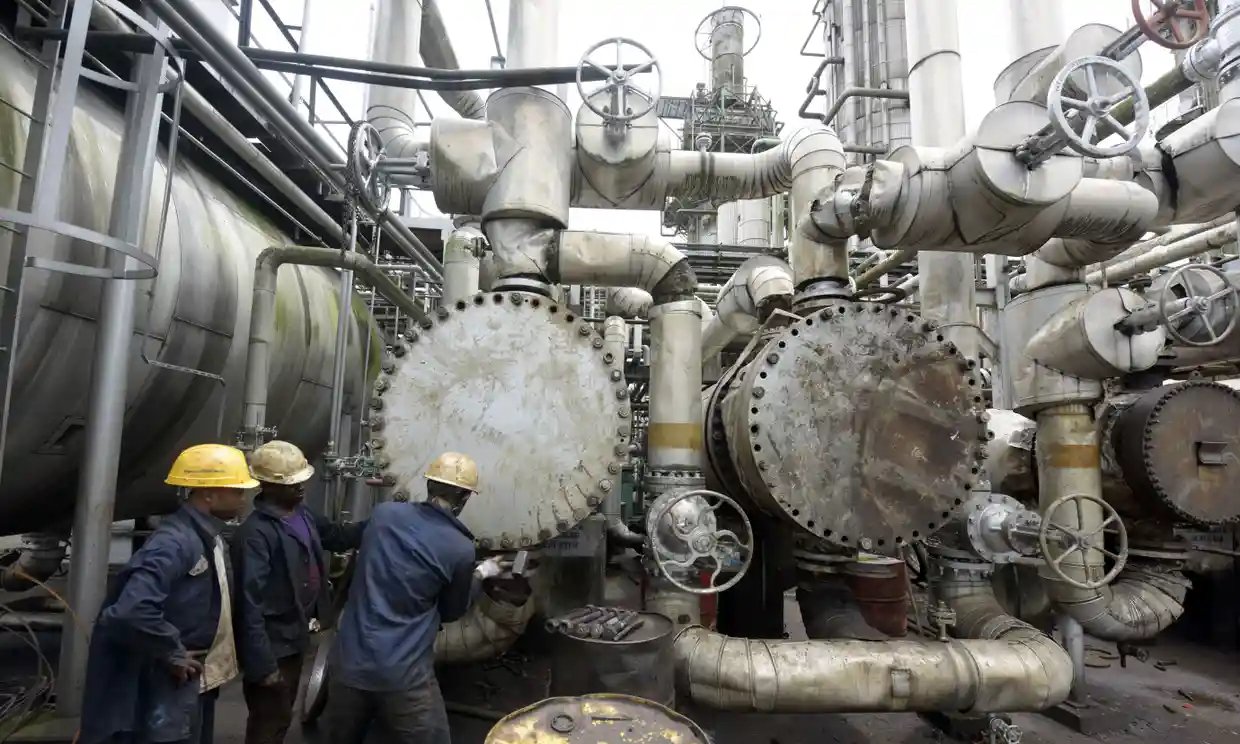 The oil curse, an economic concept developed by economists such as Richard Auty, Jaffery Sachs and Andrew Warner in the 1990s, describes the common scenario that countries could have a lower economic growth rate after the discovery of abundant natural resources like oil. In theory, the massive export of natural resources could drive up the exchange rate, thus crowding out other industries; both public and private investment may concentrate in the resource industry, incentivised by the high profitability. In the end, the economy could become too reliant on an industry which does not create many job opportunities. According to the National Bureau of Statistics, while contributing to 11.17% of the Nigerian nominal GDP and 80% of exports in 2017, the resource industry only counted for 0.17% of the total employment. This indicates a low labour share of income. Besides, the economy may also be vulnerable to volatile commodity price fluctuations, creating great economic uncertainty. In the longer run, the abundancy in natural resources could lead to a more extractive institution as the bureaucrats may be eager to gain from the industry personally, though political institutions will not be our focus today.

What does Nigeria, the biggest economy in Africa and an economy ‘cursed’ by oil look like under the global rise in energy prices? It would be intuitive to think that Nigeria has gained from the rising oil prices, while this guess is far from true. In the US and UK, the autumn inflation rates are around 7.1% and 11.1% respectively, however in Nigeria, the figure jumps to 21%. The elites who own the oil plants would benefit from the surging energy prices, while ordinary households only witness a skyrocketing cost of living. According to the official statistics, a typical Nigerian would spend 56.65% of their budget on food, while Nigeria requires $10 billion of imports to meet its citizens’ demand of food and agricultural goods. This means Nigeria has to bear the high international transportation cost of imports under the rising prices of energy. The price of domestically produced food also rises as farmers face a higher cost of production, for example transportation and fertilizer. In the November of 2022, the food inflation was around 24% in Nigeria, according to the analysis of National Bureau of Statistics, Nigeria. What’s worse, the farmers are reducing the fertilizers used due to the doubled price, this will affect the harvest next year and could create a shortage of food that will drive up prices further.

The surging prices may cause a ripple effect on the long run growth of Nigeria and other African countries. If the workers consume less food, education or healthcare today, it is likely that they would have a lower income tomorrow. This is a vicious cycle in which the poor are stuck in the poverty rate. The S-shaped curve below, developed by Ester Duflo and Abhijit V. Banerjee in Poor Economics can provide a straightforward graphical interpretation of the harmfulness of poverty trap. 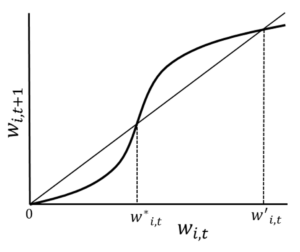 Indeed, 5 million Nigerians were pushed into poverty in 2022, according to the World Bank (though there are complex causality issues involved in this data as other factors such as population growth and COVID-19 may play a role. Therefore, future analysis on the impact of energy poverty would be demanding.) In Africa as a whole, around 346m people have experienced food shortage in mid-2022 and the figure is expected to rise in the near future.

The Nigerian government is seeking for a solution and has imposed massive subsidies on oil production. It is estimated that fuel subsidies have cost Nigeria $9.6 billion in 2022. However, this may not be sustainable as the increased revenue from higher oil prices is outweighed by the cost of the subsidy. Alex Sienaert, the World Bank’s new Lead Economist for Nigeria warned the Nigerian government in December: “Despite the production pressures, production revenues have increased but PMS subsidies have increased, as a result, net revenues would be lower this year at N2.3 trillion than they were in 2020, it’s the main culprit.” Continuing the subsidy would add on Nigeria’s national debt which is as high as N44.06 trillion and has reached its historical high. Though national debt as a percentage of GDP can still be considered as sustainable, given Nigeria accumulated a debt of N1.22 trillion in the last three months, the rapid rising trend of debt should be concerning. Moreover, the concentrated spending in the oil industry would further reinforce the oil curse, crowding out education and infrastructure investment and dampening diversification.

Utilising natural gases could be an alternative. More than 40% of the newly discovered natural gas reserves in the past decade are in Africa. Despite holding 13% of the world’s natural gas, Africa used only a very small fraction to power the economy. The largest natural gas plant in Africa was opened in Nigeria in early 2022 and Africa would be able to cover 20% of the shortfalls of energy in Europe after the Russia’s invasion of Ukraine.

While natural gas is still a non-renewable and could affect Nigeria’s commitment to reduce greenhouse gas emissions by at least 47% by 2030 and to reduce fugitive emissions from oil and gas production by 60% by 2031, the UNICEF goodwill ambassador and a climate activist Vanessa Nakate emphasized the potential of renewable energies. She pointed out using renewables could be more economically efficient than building long-distance transmission line for electricity so the price will be lower, helping to combat the energy poverty in Africa. Her blueprint will have to be supported by the Global North as Africa only receives 2% of the global investment in renewable energies. According to the estimate of the International Renewable Energy Agency, ‘$70bn of investment in renewable projects will be needed in Africa each year, if access to clean energy across the whole continent is to be provided.’ Overall, no matter which method is adopted, utilising natural gases or renewables would increase the supply of energy and tackle the long-lasting inflation in the medium run.

However, if we prioritise the sustainable development of Nigeria and other African countries, these solutions may not be convincing. As we have witnessed nowadays, Nigeria which fails to diversify its industries and is over reliant on commodities pay a huge price under the global inflation. The purchasing of imported food and goods now generates great transportation cost and levies a massive burden on the average consumers; even though the oil industry gains from the price surge, the benefits trickle down to the rest of the economy to a limited extent. If Nigeria is just going to shift from oil to other forms of energies, no matter they are non-renewable or renewable, the structure of the economy which is centred around resources and energy is not guaranteed to be altered. Therefore, the Nigerian economy may not escape from the oil curse (or resource curse) and long-run prosperous growth is still behind the mist.

This week's thought was by Qianyi Huang

Qianyi is a first year economics student at Lucy Cavendish College. She loves nature, puppies, and Economics for sure :).