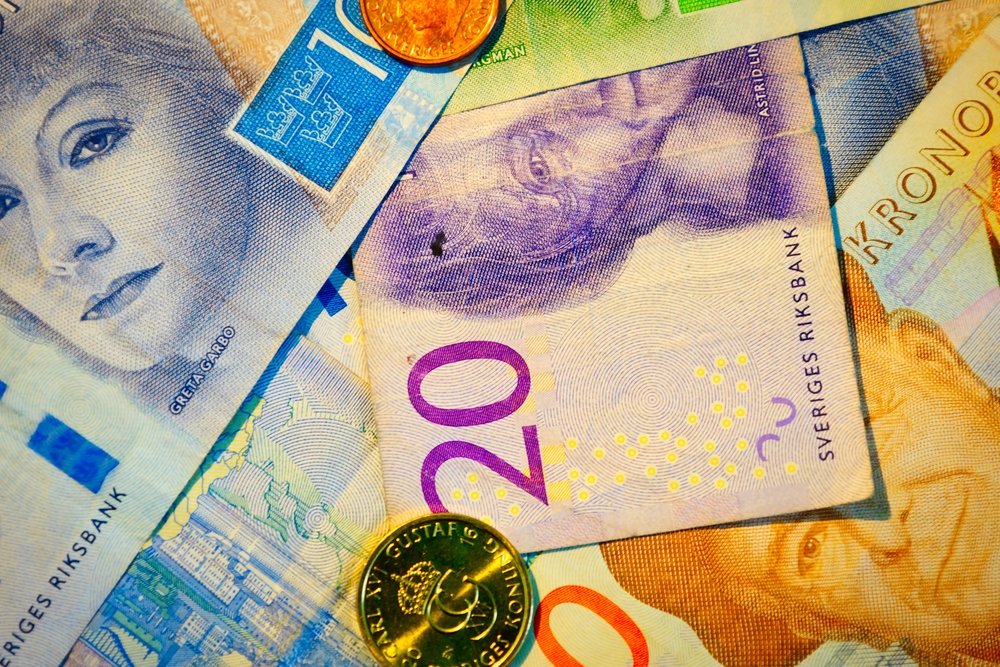 As we approach 2023, the global economy is poised to undergo resets. One exists within personal finance and the way economic agents interact within markets. Banknotes and coins are being superseded as a medium of exchange by financial innovation to meet business needs and cultural attitudes. In the economy of the future, cash will be irrelevant.

The UK and the rest of the world is slowly moving towards a cashless society. A trend which has only been accelerated by the pandemic, the move towards a cashless society refers to the phasing out of cash payments in favour of credit and debit cards, online banking, cryptocurrency, and mobile banking services such as PayPal. During the early stages of the pandemic, many consumers rejected physical currency as their preferred method of payment due to fear of virus transmission, so cash payment fell. ONS data revealed that in the UK online grocery shopping almost doubled in 2020 from the previous year. But the UK is not ahead of the game yet.

Traditionally, Sweden has been a pioneer in technological and financial modernisation. In 1661, Sweden became the first country in Europe to issue bank notes. In 1967, the first automatic cash machine was installed only a week after the world’s first in London. Technological innovation by domestic businesses, Spotify, King, and Skype has catered to a large demographic, transforming society. Today too, Sweden is in the prime position to lead the way with the cashless transformation. Today only 2% of the value of the nation’s transactions are made via cash. The entire country has mobile coverage and 85% of the population have access to online banking.

In 2017 Professor Jonas Hedman estimated that it would become rational for the average Swedish merchant to stop offering cash payment services on 24th March 2023. As Hedman told the online business journal of Wharton School, “We found that it becomes more costly to manage cash than the marginal profit on cash sales when cash transactions fall below seven percent of the total payment transactions”. The precision of this estimate has on occasion been misinterpreted as the banning of cash in Sweden. On the contrary, the Government has no plans to stop issuing Swedish Krona banknotes in the near term. It is possible, however, that an increasing number of merchants will stop accepting cash payment. This is because of a law which, unlike the UK, permits merchants to require card-only or cash-free payment. Hence even now cash is not a universally accepted medium of exchange. This contrasts to the south of Europe, where it is common to see cash-only notices because of the unnecessary complications of using electronic payment such as transaction charge on card readers. At the same time, merchants are not permitted to issue a surcharge based on payment method in the case that both cash and other payment is accepted.

The Swedes’ readiness to accept life without cash is part of a culture of innovation, and of being the first to adopt new technology, nurtured by forward-thinking state influence. Consumers are holding less cash, and it is most used by the elderly and on small purchases. As transactions have fallen, the currency that is in circulation has fallen from around SEK 100 billion in 2007 to SEK 45 billion a decade later. Data from Riksbank, the central bank, also shows the proportion of the population using cash has fallen from 40% to only 9% in the last decade. It has already only become possible to withdraw cash from ATMs but not through banks because of the cost of managing security.

Financial innovation has taken place to accelerate this trend. In 2012, Sweden’s six largest banks collaborated to create an instantaneous mobile payment system, Swish, which had 8.6 million users as of March 2022. In a population of 10.5 million, this represents a high market saturation. This mobile app makes electronic payments very convenient and works with the QR codes being displayed for electronic payment in bars and restaurants. Mobile phones have replaced wallets, with less of a need for cash and an increasing number of Swedes using digital wallet and credit cards in place of physical equivalents.

The legal environment also promotes modernisation. Children as young as seven may have their own debit card; Swedish children are now learning about transactions before experiencing physical currency, equipping the future generation with a different perspective to that of the adults of today. This is early compared to the UK, where a child must be eleven to apply for a debit card from a typical Highstreet bank.

Further developments are taking place, with Riksbank in the process of creating a national digital currency. In a crisis, a centrally controlled digital currency may be manipulated in a similar way to banknotes and coins, which improves the effectiveness of monetary policy. For example, direct transfers to individuals can provide targeted liquidity to offset a credit crunch or to stimulate demand. In addition, a medium of exchange backed by the central bank ensures confidence in the currency and promotes financial and economic stability. Most importantly, it is believed a reliable e-currency will facilitate a more secure payments ecosystem when cash disappears.

Sweden looks set to arrive at a cashless society within the next few years, and its Government and culture have anticipated the move and acted in advance. 2023 may be the year when cash becomes virtually extinct. While the UK is on a similar trajectory, with cash payments likely to fall to 10% of the total within the next 15 years, the culture and habits are not ready for such a revolutionary change just yet. The UK is lagging behind. Falling demand for cash in the UK is evidence of modernisation, but the whole of society is not moving at the same pace.

The greatest appeal of a cashless society is an immediate fall in crime, as untraceable cash disappears so robberies and corruption fall. On the other hand, cybersecurity is another concern. Online fraud and data theft may pose a comparable risk, especially for those who do not use online banking now but may feel obliged to once cash payment is gone. Up to one in five British citizens would be left behind in a cashless transition, according to the FCA. From the same report, over five million rely on cash for their day-to-day lives. The elderly, rural communities with poor connectivity, and gig economy workers who get paid in cash may all be at the greatest risk of being negatively affected by digital-only transactions. Another major concern is the 1.2 million unbanked adults in the UK who do not have a current account or alternative e-money account and are most likely to be in the gig economy, or unemployed, and those without educational qualifications.

Many of the perceived benefits from a cashless society are really benefits of alternative payment methods, such as non-contact or faster payment, and much of this technology already exists. Where the technology doesn’t exist, or hasn’t been widely adopted, it is wise to develop the CBDCs and payment platforms like Swish to allow them to become fully engrained in our culture before adopting a cashless society so that the benefits can be greater appreciated. If today an individual consumer prefers cash and makes the choice to use cash over all alternatives, whether because of budgeting, convenience, or anything else, a forced move to cashless payment would be Pareto inefficient.

These same issues will be true for Sweden as well. The shift towards cashless payments will present opportunities for services such as Swish, and demand innovation in order for the gig economy to thrive. But modernisation must not disadvantage any groups, especially if the broader benefits of mandating a cashless society are not completely evident. The UK should learn from what makes Sweden successful in its transition, but must be content to wait several years or decades before aiming for the same results.

This week's thought was by Aron Árnason